Pop artist, December Rose, has received nominations in both the AC and Top 40 categories of the 2021 New Music Awards hosted by New Music Weekly Magazine. The annual nominations are determined by open ballot voting from fans, music industry executives, and radio personnel. New Music Weekly– a publication encompassing music charts within the music industry—has hosted and presented the awards since 2003. The NMAs honor artists/bands, radio programmers, radio stations and the “behind the scene” music industry folks which include radio promotion, publicity/PR and record labels. The NMAs prides itself on being the first and only award show not weighted down with the politics of the mainstream obstacles of the corporate world. The NMAs Winners represent independent and major artists/bands and their releases to show the true talent which exists in the music industry today.

“Being an independent artist, it’s hard getting ahead, let alone getting honest industry recognition”, says December Rose.  “I’m so grateful to be nominated and recognized by an organization that prides themselves in awarding artists without the weight and influence of corporate industry politics”.

This will be the second year in a row that December Rose has been nominated for an award. In 2020, the singer was nominated and received New Music Weekly’s Top 40 Artist of the Year Award for her single “Raise Your Voice”. This year the award nomination recognizes the successful radio performance garnered by her single “When We Were Young”. The track entered the U.S. Mediabase Top 40 Indicator Chart at #35 as well as held the #1 position on the Indie Top 30 charts for 6 consecutive weeks in both the AC and TOP 40 divisions.

“Even after winning ‘New Artist of The Year’ in 2020, I’m just as excited being nominated for ‘Breakthrough Artist of the Year’ 2021”, December Rose states. “It’s a source of motivation and confirmation for me that despite the challenges as an independent artist, I’m on the right track. I just need to stay consistent in creating honest material that speaks my story and reaches people” 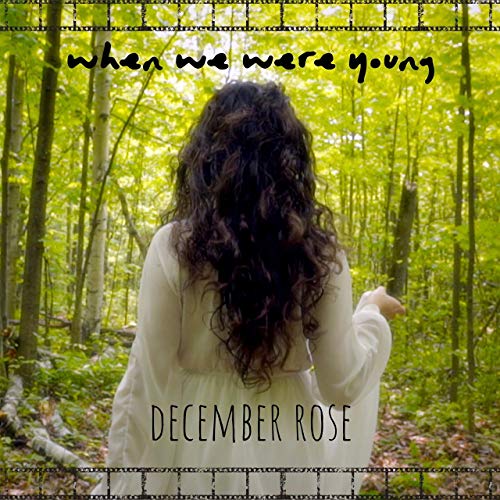 The 2021 New Music Awards are now open for voting on the organization’s website. The public can vote in 38 different categories focusing on Top 40/CHR, AC, and Country radio formats. To vote, visit newmusicawards.com

December Rose, born and raised in Montreal, Canada, first attracted international attention in 2012 after winning the Best Solo Artist title in an online competition with her original song, “Don’t Give Up on Love”. December Rose’s voice and style have been compared to that of Adele, Jessie J and Amy Winehouse. She has earned a music degree in classical voice performance and was awarded two silver medals from the Royal Conservatory of Music. December’s 2019 chart topping single “Raise Your Voice”, peaked at #8 on the US Adult Contemporary radio charts, #4 on the Indie Top 30, and #29 on the National Radio Charts. Her following single “When We Were Young” cracked the US Adult Contemporary radio charts, reaching #1 status on the Indie Top 30 charts. The singer once again dove into the chapters of her life for her 2020 single “Apple Tree” – a song dedicated to personal change and faith. The two-track single contains both the original mix of the song as well as a stripped-down acoustic version. Click here to stream “Apple Tree”. December’s upcoming album titled “Raise Your Voice” is set to release in 2021.