The Primadonna Reeds are honored today as an Official Nominee at the 2021 New Music Awards sponsored by New Music Weekly Magazine. The Primadonna Reeds’ 2020 hit single “Glitter Girl” placed high on both Top 40 and AC/HotAC charts. The song was also featured in the highly acclaimed feature film, “Rolling Stone: Life and Death of Brian Jones”.

The Primadonna Reeds is an independent band led by the songwriting and performing team of JC Ryder and Karena Reiter, and recorded at the The Townhouse Studio in Harlem, New York City by internationally known recording engineer Vlad Moshnin. The band’s eclectic repertoire of original pop songs derives from such diverse influences as punk rock, flamenco, funk, blues and classic rock. Karena, the band’s beautiful diva was a promoter at CBGB’s and other New York clubs during the heyday of punk rock and now provides lead and back-up vocals as well as being the group’s primary lyricist. JC’s music writing and solid rhythm guitar playing stem from his background as an awarded classical and flamenco guitarist.  Lead guitar fireworks are provided by Quincy Sheppard who is clearly destined to be a star instrumentalist.  JC’s hard driving lead vocal on “Glitter Girl” nails the central idea of the song…”Welcome to the bitter world, you’re hungry for the glitter, girl…”, a lyric superbly crafted by Karena. 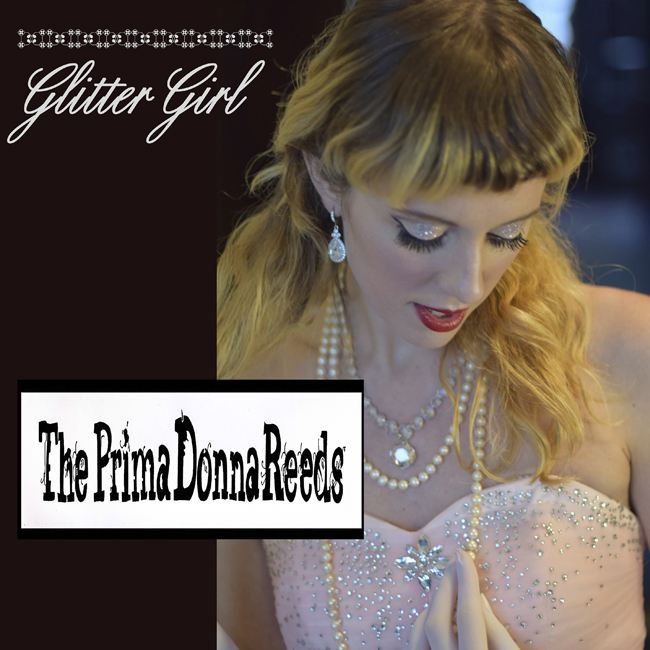 The Primadonna Reeds’ recently released single, “So Far So Good” featuring Karena as lead vocalist. “So Far So Good” is currently  impacting radio nationally. Be on the look out for a host of new material in the pipeline for release later this year.