After decades entertaining audiences across the country, entertainer singer songwriter John Michael Ferrari is an overnight success during Covid. Yes, all of his performance gigs were cancelled or postponed. However, he
and his music producer of 30+ years, Pepper Jay, used the “stay at home” time and the assistance of Loggins Promotion to successfully push Ferrari’s songs to radio play, resulting in dozens of spots on several radio charts
internationally. 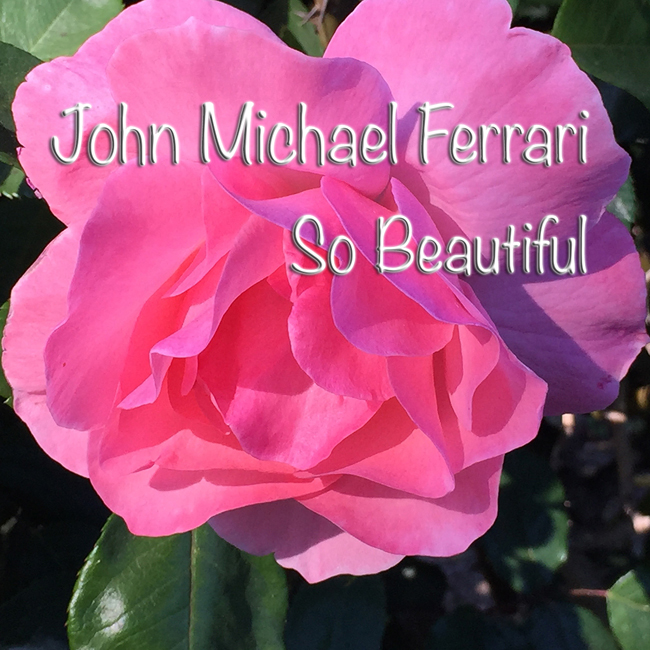 Right before Covid hit the U.S., Ferrari and Jay made two trips to Larry Beaird’s Studios in Nashville to record Ferrari’s second album, “Be the Smile on Your Face” (Cappy Records). The Dwarf Nigerian Goat on the front
of this country crossover love album is Ozzie, who resides with Ferrari and Jay at their ranch in Pahrump, Nevada.

Ferrari received three awards in 2020, Best Peace Song of the Year at the Hollywood Tribute to the Oscars for his tune, “Like a Rock and Roll Band,” Triple A Album of the Year for his album “Be the Smile on Your Face”
by the Producers Choice Honors, and Rising Star by the eZWay Virtual Golden Gala. Ferrari is honored to be nominated for the New Music Awards. New Music Awards for the “New Music Revolution” puts major muscle behind independent and major releases. New Music Weekly magazine, producer of The New Music Awards, announces the winners of the New Music Awards (NMAs) at the beginning of each year. The NMAs honor artists/bands, radio programmers, radio stations and the “behind the scene” music industry folks which include radio promotion, publicity/PR and record labels. Reflecting the talent and diversity of both the independent music community, NMA Winners and Finalists represent a mix of established artists and upcoming artists who were selected from the nominated list of Finalists by radio personnel, music industry executives, fans and industry panelists.