Multiple award-winning singer/songwriter John Michael Ferrari was voted AC Breakthrough Artist of Year at the 2022 New Music Awards. This acknowledgement comes on the heels of his 2022 release of his soulful cross-over single, “Masquerading in the Night” from his album “My Heart Can’t Breathe.”  “Masquerading in the Night,” with the assistance of radio promoter Loggins Promotion, is impacting the radio charts in the U.S. and internationally. John Michael Ferrari’s music producer, Pepper Jay, was named “Outstanding AC Music Producer of the Year” for Ferrari’s previous single “My Heart Can’t Breathe” by the Producers Choice Honors.

“I am humbled by the awards and the welcoming attention to my music.” – John Michael Ferrari

The accolades are many. Just recently, John Michael Ferrari was voted “Fan Favorite 2022” for his song “My Heart Can’t Breathe” by the Independent Music Network; named winner of the United Kingdom Radio contest Ignition Country Radio; named “Country Crossover Artist of the Year 2021” by the New Music Awards; voted “Rising Star 2021” at the eZWay Magazine Gala; awarded “Outstanding Triple A Album 2020” for his album “Be the Smile on Your Face” by the Producers Choice Honors; awarded “Best Peace Song” 2020 at the Hollywood Tribute to the Oscars by Art 4 Peace for his song “Like a Rock n Roll Band”; and named Singer Songwriter of the Year at the 2019 Fame Awards. 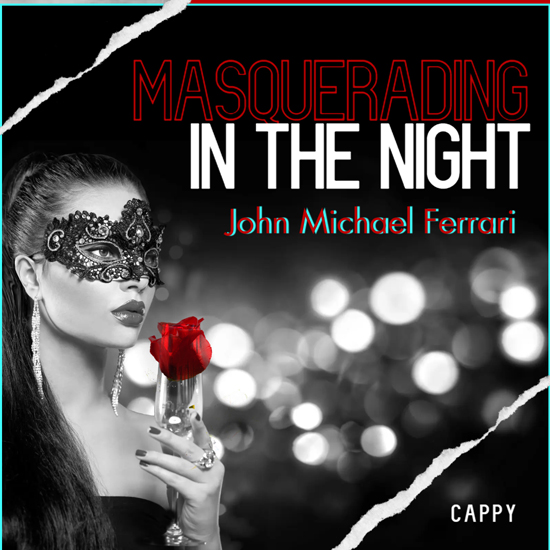 About John Michael Ferrari:
Born in Los Angeles, California, John Michael Ferrari’s early years were spent in San Francisco, Reno, Vegas, and Carson City.   At 15, a Judge called him incorrigible and, although John Michael didn’t know what that meant, the Judge sentenced him to the Carson City Orphanage.  John Michael joined the Army at 18.   During and after the Vietnam War, John Michael further educated himself, and communicated with others through his song performance and songwriting.   John Michael not only writes music and lyrics, but he is an accomplished music arranger. He lives with his music producer of 30 years, Pepper Jay, first in Hollywood, California, and the past 4 years on a ranch in Pahrump, Nevada.  John Michael writes emotional story-telling alt country pop bubble-gum love & cross-genre songs with touches of sophistication and/or child-like wonder.  John Michael Ferrari writes songs about his life experiences.

About New Music Awards:
New Music Weekly magazine, producer of The New Music Awards, announces the winners of the New Music Awards (NMAs) at the beginning of each year. The NMAs honor artists/bands, radio programmers, radio stations and the “behind the scenes” music industry folks, which include radio promotion, publicity/PR, and record labels. NMA Winners were selected from the nominated list of Finalists by radio personnel, music industry executives, fans, and industry panelists.