Country music has always been regarded as an American sound bred in the southern regions, but if fans have learned anything from the likes of Keith Urban, Country music can come up from anywhere in the world. This leads us to the German radio cowboy himself, Rob Georg.

Very few would imagine a cowboy from Germany, but Rob Georg just does not wear the label, he lives the lifestyle. He spent the first chapter of his life as a professional equestrian athlete in the discipline of cutting. Here cowboys work cattle from horseback, all in true Country fashion. He has won various championship titles that have led him to participate in the highly endowed tournament, The World Series. 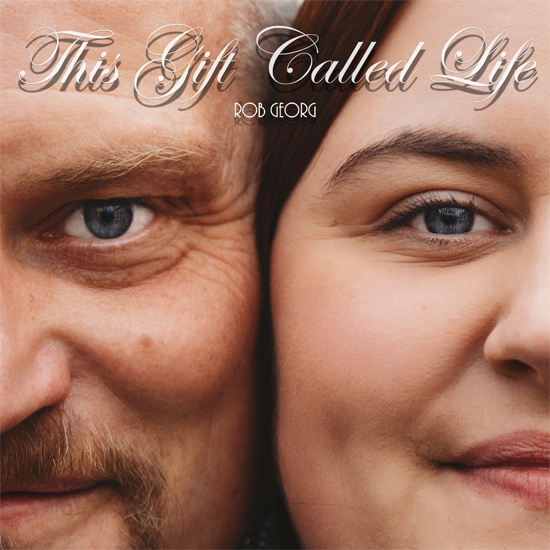 ​ For an entire decade Georg was traveling across American cutting arenas with his trainer Dean Terry. With the many miles spent together on the highways, the two soon connected a deep friendship. When Terry passed away in January 2018 and Georg’s beloved soul horse “Primetime Shorty” also crossed the rainbow bridge just one month later, a world broke down for the cowboy. To clear his head, he decided to take a break from ranch life.

​ Encouraged by her words, Georg began recording his music and never looked back. His debut single “Push That Horn”, a tribute which he wrote in memory of Dean Terry, was released in June 2018 and is still being played in every cutting arena in the U.S. Since then, Georg has released several Country singles further demonstrating his songwriting talent, as well as his vocal prowess. Georg also knows how to captivate his audience live, whether on his first U.S. tour from Denver to Seattle, on stages on Nashville Broadway scene or the biggest Country music events in Europe, such as the Country Music Meeting Berlin or the Western Experience in the Netherlands – the cowboy casts a spell over the audience.

​In 2020 Georg’s debut album “Radio Cowboy” was released to much praise which to date has racked up more than a million streams on Spotify alone. The official videos have been viewed over 2. 7 million times. So far, five singles have been released to radio, reaching an incredible number of 17 #1 positions on various U.S. charts. His latest radio release “This Old House” just spent two weeks at #1 in the U.S. National Radio Hits Country chart and has made the jump to #1 on the New Music Weekly charts. Fans and music critics are equally enthusiastic:

“honestly, there isn’t a sub-par track on the album, mostly because of the wealthy, enticing voice of Rob Georg, oh so appealing.” – Rawckus Magazine

“… Raises the bar in terms of passion, dedication and commitment …”  – Artist Tack Magazine

“Rob Georg’s skills and talent are unquestionable, and every song is more beautiful than the last” – Indie Pulse Magazine

“… A great, very catching album, which is certainly one of the strongest “German” productions of the past 10 years …” – country.de (Germany’s largest Country Music magazine)

​
Georg had an insanely good year 2020 – with his album release, he not only celebrated chart placements, invitations to special live concerts, such as the Country Radio Seminar in Nashville in February, or streaming numbers – he also won his first International Music Award at The New Music Awards “Breakthrough Country Artist of the Year”, and the Fair Play Country Music Red Carpet Award in the Netherlands “Amazing Male Voice Country Pop Original”. So, it will not surprise you that Georg and his co-writers are already busy writing tracks for the second album.

In his new project, a Spotify podcast called “Country Music Ain’t Dead,” of which the first episode was released in early December 2020, he supports other Country artists from around the world by interviewing them and then introducing them to his 250,000+ social media followers. Management companies and artists are jockeying for interview slots on the bi-weekly artist talk, which is now booked full into late summer 2021 and is published bi-monthly.

​ But after all, he still is the cowboy that he used to be. Together with his wife Mel Georg, he runs a ranch in the Odenwald forest, Germany with horses, cattle, sheep and a bunch of border collies, which Mel breeds and trains to be stockdogs. Asked why he’s still doing the chores himself, Georg answers “the animals are my life, and i can’t think of doing something else. This is where i find my inspiration. This is what keeps me grounded.”

Georg’s songs reflect the life he leads and the stories he lives to tell.

About “This Gift Called Life”:

I will never forget that day, it was January 3rd, 1999. It was the day our daughter Lisa was born. It was the day when i discovered a new meaning of life. A new responsibility and knew kind of love that I never felt before. All you parents understand what i am talking about.

​From day one I had a very deep connection to my daughter which only got deeper through the following years even though we had not only fun times, especially when she was a teenager. But i think that’s part of it, and it cannot be easy always. As a father, you carry this fear in your heart: “what if you give everything you can, but you fail as a father?” I mean, it was kind of an experiment. I never raised a child before and you never know if you do things right. A child does not come with an instruction manual.

The years passed by so fast and she will be 21 this year. Looking at her as this young lady that she is now, I feel more than proud to be the dad of this wonderful person that she has become today.

It seems like i have done everything right. She has finished school and is a make-up artist today. Lisa is a blessing to her grandparents which she takes care of two times a week by shopping for groceries and taking them to doctor’s appointments. ​ She tends to the ranch and all the animals with my future son-in-law when my wife and I are recording in Nashville or when we tour. ​She understands the meaning of the word “family” and that makes me so proud because family is the biggest treasure in the world. No matter what will come I know that my wife and I have prepared her in the best way to walk her way in life.

With this song, I wanted to say “Thank You” for all you are and will be, you are my Gift Called Life.

It’s that time of year once again when we look to music to provide the soundtrack to all the events that surround our vacation time of year. From the past with songs like “Hot Fun In The Summertime” to “Summer In the City” and beyond, this has always been the very best time for songs […]

END_OF_DOCUMENT_TOKEN_TO_BE_REPLACED

Welcome to a very special Spring Music Preview that showcases many new artists & songs that are at radio during this very special and musical time of year. We have been inundated with new artists and music and it’s so exciting to see all of the magic coming back to radio this year. In this […]

END_OF_DOCUMENT_TOKEN_TO_BE_REPLACED

Loggins Promotion is proud to share with you the New Music Awards official Nominees for the 2019 NMAs. We are thrilled and proud of several of our clients, in addition to many of our dear friends at radio, who have made this national list of accolades. Congratulations to all in making this milestone within their […]

END_OF_DOCUMENT_TOKEN_TO_BE_REPLACED

Loggins Headlines A Three-Night Engagement at Wynn Las Vegas Sept 5, 7, & 8 From the GRAMMYs to the silver screen, celebrated singer-songwriter Kenny Loggins’ gift for crafting deeply emotional music is unparalleled, and it’s been a part of his life as long as he can remember. Many of his hits are now featured on Kenny Loggins […]