K-pop sensation BTS opened the show and set the tone for an electrifying evening as they performed their worldwide hits, including “Boy With Luv,” to a roaring crowd. The group also brought out Halsey as a special guest, who performed her own set later on in the show. Halsey’s energetic set included a performance of her Top 40 hits, “Eastside” and “Without Me.” Fans jumped out of their seats for Billie Eilish as she sang “Bad Guy,” “bury a friend,” and many more songs during her first appearance on a Jingle Ball stage. Katy Perry transformed The Forum into a winter wonderland with her back-up singers dressed as gifts. On theme with the decor, she opened her set with “Cozy Little Christmas,” before launching into epic renditions of hit singles, “Firework,” “Roar,” and “Harleys in Hawaii.” Camila Cabello once again wowed the crowd with an acoustic rendition of “Señorita,” along with songs from her just released album Romance, including “Liar” and “Shameless.” Louis Tomlinson made a surprise appearance, singing “We Made It,” “Kill My Mind” and more. Lizzo, decked out in denim cutoff shorts and a red & white holiday-esque cape, danced her way through her set which included her 2016 hit “Good as Hell” and “Juice,” released earlier this year. Sam Smith ended the night with a bang, bringing out Normani for their ultra-popular duet “Dancing With A Stranger” before closing out the 2019 show with his very fitting tune, “Too Good At Goodbyes.” 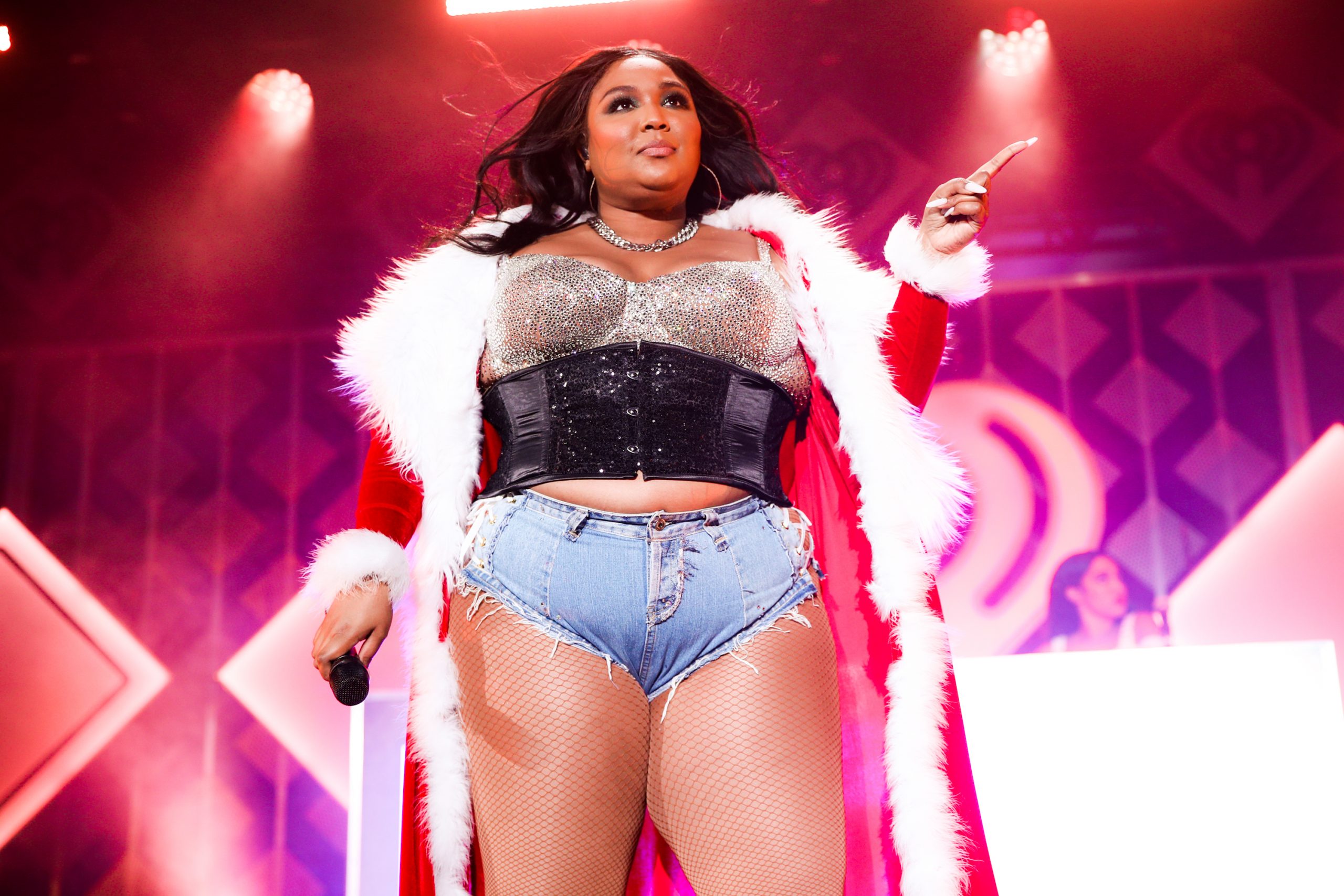 Lizzo performs onstage during 102.7 KIIS FM’s Jingle Ball 2019 Presented by Capital One at the Forum in Los Angeles, California. (Photo by Rich Fury/Getty Images for iHeartMedia)

The concert also donated $1.00 of each ticket sold to The Ryan Seacrest Foundation — a non-profit organization, which is dedicated to inspiring today’s youth through entertainment and education focused initiatives.

iHeartMedia Los Angeles owns and operates KIIS-FM, KRRL-FM, KYSR-FM, KOST-FM, KBIG-FM, KLAC-AM, KFI-AM and KEIB-AM and is part of iHeartMedia. iHeartMedia is the number one audio company in the United States, reaching nine out of 10 Americans every month – and with its quarter of a billion monthly listeners, has a greater reach than any other media company in the U.S. The company’s leadership position in audio extends across multiple platforms including more than 850 live broadcast stations; streaming music, radio and on demand via its iHeartRadio digital service available across more than 250 platforms and 2,000 devices including smart speakers, digital auto dashes, tablets, wearables, smartphones, virtual assistants, TVs and gaming consoles; through its influencers; social; branded iconic live music events; and podcasts as the #1 commercial podcast publisher globally. iHeartMedia also leads the audio industry in analytics and attribution technology for its marketing partners, using data from its massive consumer base. iHeartMedia is a division of iHeartMedia, Inc. (NASDAQ: IHRT). Visit iHeartMedia.com for more company information.

At Capital One (www.capitalone.com) we’re on a mission for our customers – bringing them great products, rewards, service, and access to unique and unforgettable experiences they are passionate about.  Capital One is a diversified bank that offers products and services to individuals, small businesses and commercial clients. We use technology, innovation and interaction to provide consumers with products and services to meet their needs. Learn more at capitalone.com/access.

About The Ryan Seacrest Foundation