Award-winning recording artist John Michael Ferrari again impacts the music world. His recent single, “My Heart Can’t Breathe”, is an emotional breakup song that literally catches one’s breath. Just released by Cappy Records, this pop country crossover has already heated up radio waves in the U.S. and internationally, is climbing several Top40 and AC radio charts, had a line dance created to it by choreographer Teri Rogers, and the music audience relates with a smile and a reminded heartache. The inspiration for “My Heart Can’t Breathe” came after Ferrari’s heart ached seeing a photo of himself with a loved one from years ago.

This single, “My Heart Can’t Breathe,” teases John Michael Ferrari’s upcoming January 2022 album of the same title. As with his previous award-winning album, “Be the Smile on Your Face,” it was recorded at Larry Beaird Studios, Nashville; produced by Pepper Jay; written and performed by John Michael Ferrari for Cappy Records; and includes the gorgeous background vocals of one of Nashville’s favorite singers, Tania Hancheroff.

The line dance “My Heart Can’t Breathe” by Teri Rogers is finding its way to dance floors across the globe. These beginner steps may be located on several line dance sites CopperKnob in the UK and LineDancer in the U.S. 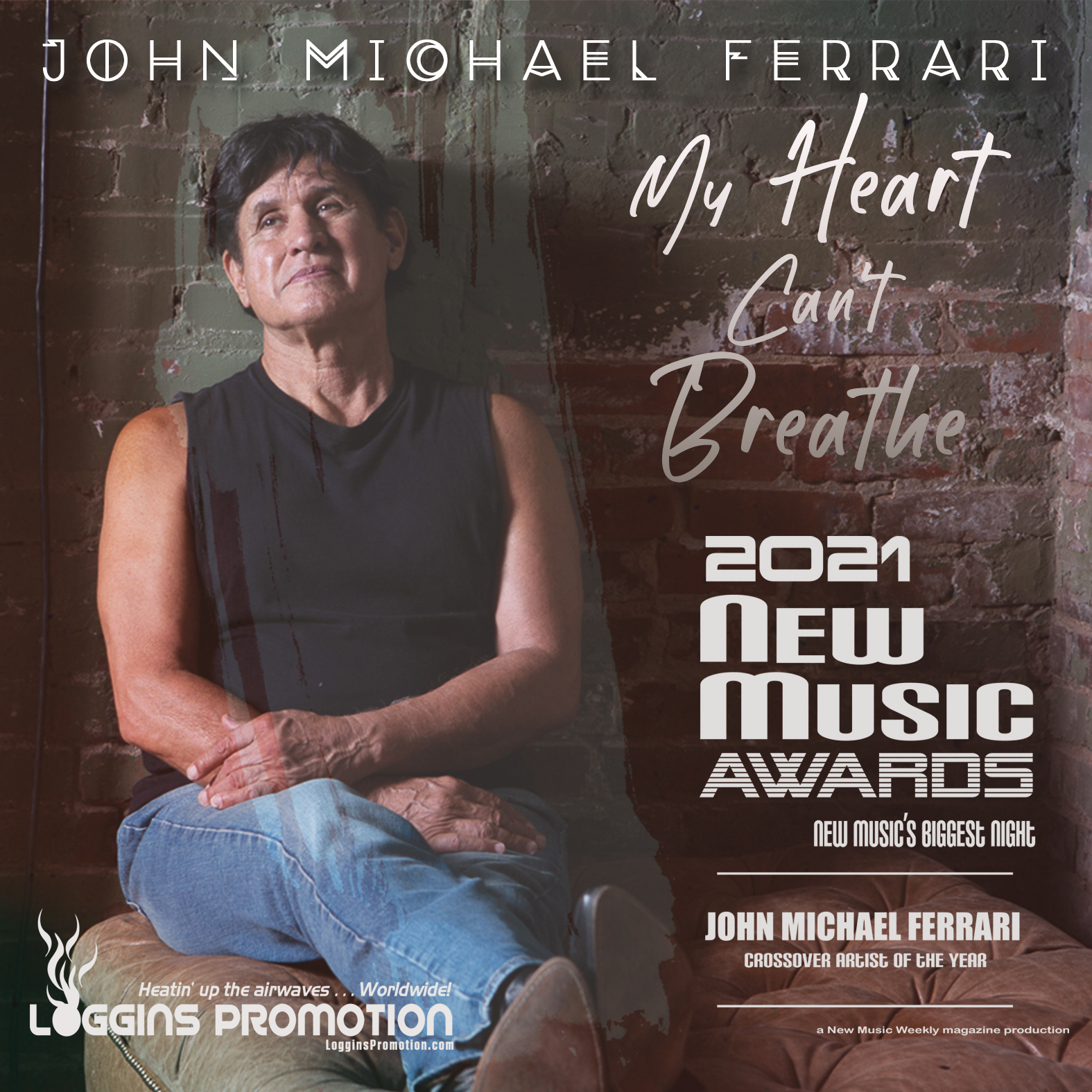 John Michael Ferrari and Pepper Jay “appreciate the heart-warming responses” to their songs. “Thank you for being part of our journey.” Ferrari’s favorite expression: “There’s never a stranger in the audience!” Ferrari performs his emotional uplifting story-telling songs he has written about life experiences, his and those of others. With touches of sophistication and child-like wonder, Ferrari’s songs cross several genres.

Trivia: John Michael Ferrari is the author of “Acting with Your Eyes” and co-author of “Dynamic Song Performance, The Singer’s Bible.”